I found these two while walking through the forest in Poland some time ago. As you can see, males (the green one) and females (the brown one) are substantially different. At least at this time of year. In fact, they can look quite different than these two, despite the season.

Since this was shot in May – their breeding season – I assume they were on a ‘date’. They didn’t seem to mind me recording them. But I left them alone after just about 30 seconds, just in case I wasn’t reading their behaviour correctly.

Sand lizards like warm and sunny places. That’s probably why you can’t find them in most of Scandinavia and the UK. Southern Sweden, England and Wales are the exception. But for some reason, sand lizards don’t seem to like it in sunny and warm countries such as Spain, Portugal or Italy. Too much sun? Or perhaps too much competition, and not the right type of habitat?

These little reptiles dig holes in the ground, to which they retreat when it gets either too cold or too hot. They also use them to hide from predators and lay their eggs.
Sand lizards defend their territories. The same territory may be used by an individual throughout its life.

Or does it? I mean, just look at  bacteria. They most likely don’t even have a clue they exist. No friends, no family bonds, no culture, no feelings. Yet they’ve been extremely successful over the past… 4 billion years!

One of my tutors once said: “You can talk about the dinosaurs’ era or human era, but that’s all nothing. It’s been bacteria era all this time!” And it’s true. Even today they’re everywhere and in unimaginable numbers. 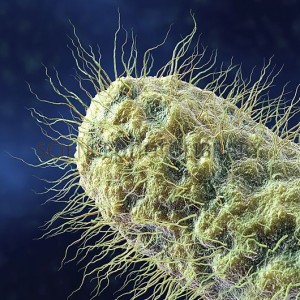 They can live in toilets, feed on rotting flesh, die in their thousands and they simply don’t care. They multiply and thrive. Put them on a Petri dish with something to eat and they’ll happily use all the supplies and then… starve. There will be no planning or saving for future. Only a mindless race – eat more and multiply faster!

Since this strategy has worked so well for so long, doesn’t it mean it’s simply the best? Doesn’t it suggest that mindless, inconsiderate growth, no matter the cost, is the way to go?

I know. We should be on a totally different level. “How can you even compare us – humans – to bacteria?” I hear you ask. “They’re just simple, tiny, unicellular organisms, and we are big, complex and intelligent animals.” I’m afraid that doesn’t change the fact, that in a rapidly-changing environment quantity usually beats quality. And this rapidly-changing environment has been created and fuelled by none other but ourselves.

We’ve always had great impact on our surroundings. We’ve created tools, cleared forests, built huge settlements and domesticated many species. That’s probably because we’ve had very clever and resourceful competitors – other humans. But ever since the industrial revolution, things have been galloping so fast, even we – humans – find it difficult to keep up.

So should we slow down, think about the future and quality of our lives, making it easier for others to leave us in the dust?