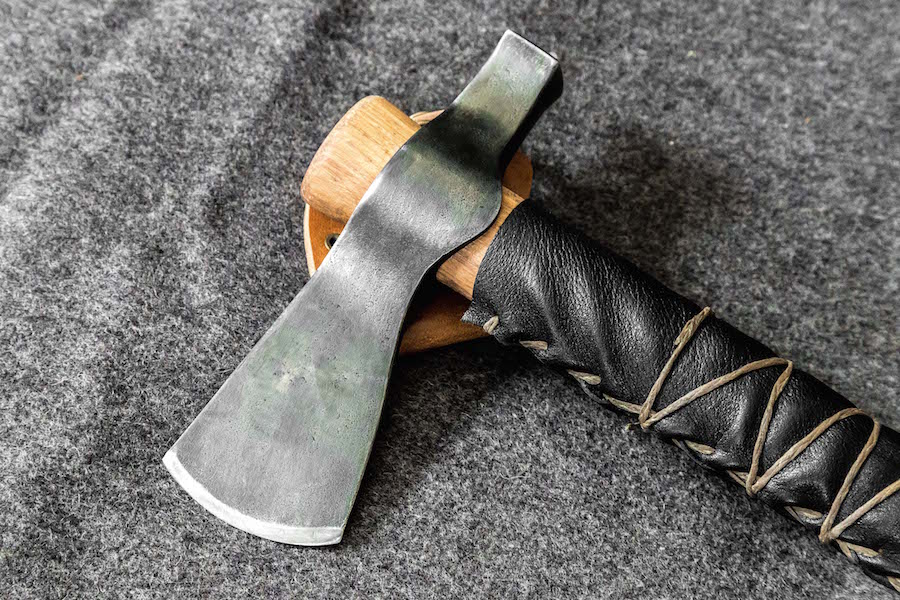 After introducing some improvements to my hawk, I felt there was still something missing. The paint on the hawk’s head didn’t match the overall looks, so I decided to strip it and force a patina using a gun blue called Perma Blue. This stuff contains two nasty acids which make it smell rather unpleasantly for a long time after the application. Therefore, I recommend that you
a) Use gloves when applying Perma Blue
b) Use goggles
c) Don’t use whatever you’ve blued for food preparation at least until it stops stinking.
You may also want to use a face mask, especially if you’re coating a large surface, because the liquid smells strong before and after reacting with steel. 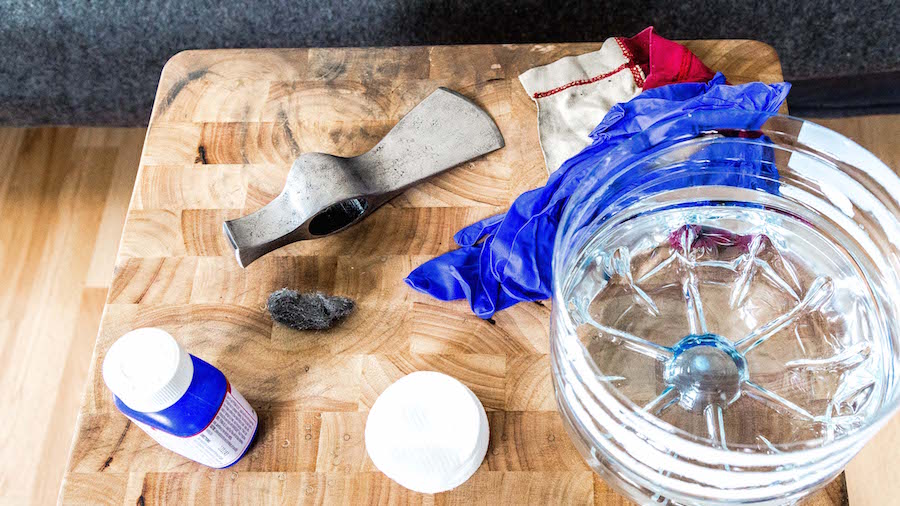 This stuff eats into the 1055 high carbon steel very quickly and you can actually observe the effect as you’re applying it (check the video below to see it happen). In fact it is so effective that it’s recommended that you dip it in cold water to stop the reaction after achieving the desired colour on one side of  the blade.

Some people repeat the process several times and I’ve done that on some of my knives as well. But here it wasn’t necessary. After laborious stripping with a dremel (I didn’t use any chemicals to help removing the paint) and degreasing with denatured alcohol, the hawk’s head quickly turned black with a hint of  nice greenish hue (picture above).

As usually, I smoothed it with a piece of fine steel wool and it turned out pretty nice after just one coating. 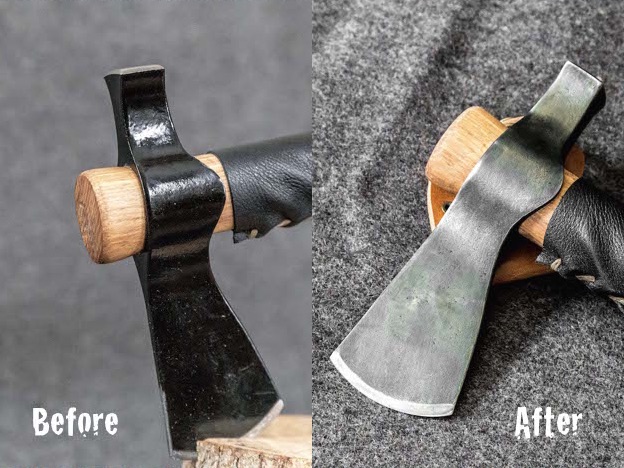 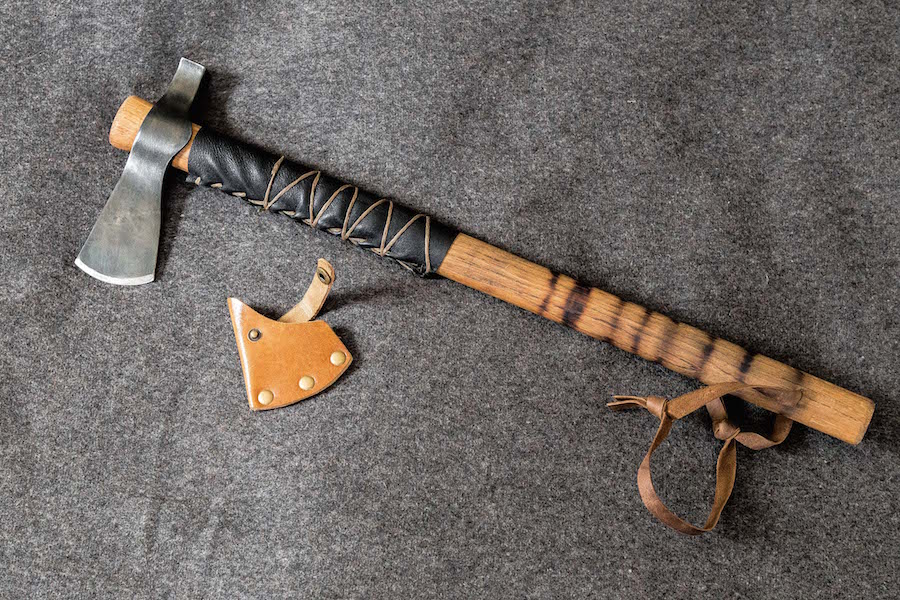 I also changed some of the leatherwork I’d done earlier. I drilled a lanyard hole and added a leather lanyard, purpose of which I explain in the video. Also, the black leather sleeve lashing didn’t seem right and I re-did it to make it look like in the picture below. 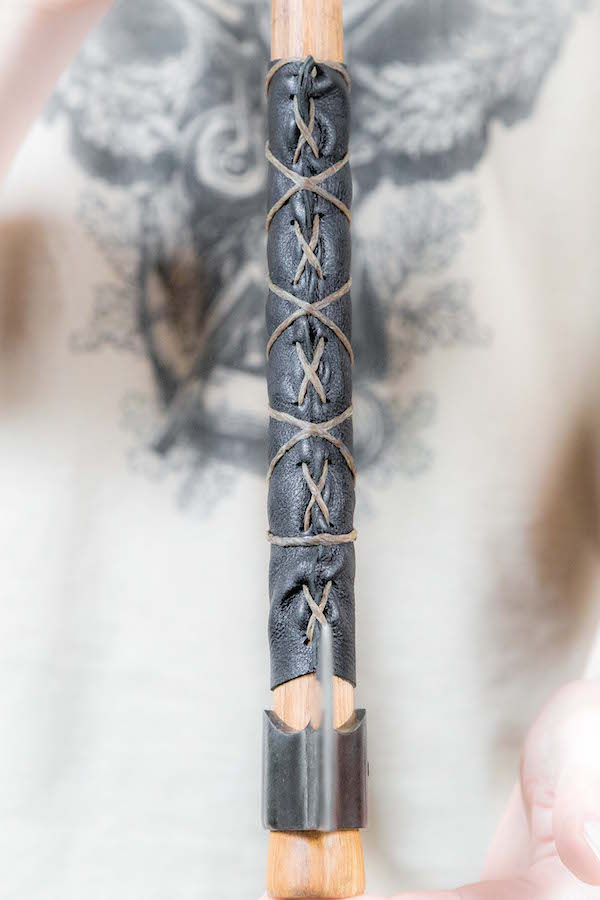